The Business of Conflict: Humanitarian Assistance and the War Economy in Syria 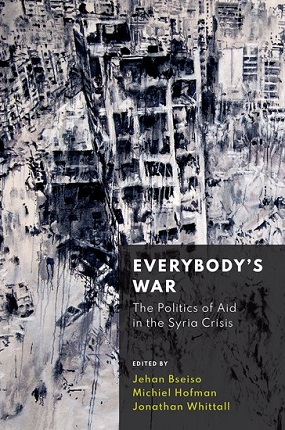 The Syrian crisis is one of the most serious humanitarian disasters in recent history. Yet the widely reported numbers–more than 6 million displaced, including 5 million refugees–reflect only a fractional toll of the conflict. Numerous international organizations, states, and civil society movements have called for the laws of war to be respected, sieges lifted, and humanitarian access facilitated. But beneath each of these humanitarian appeals lies a complicated reality extending beyond the binary narratives that have come to define the war in Syria.

Everybody's War examines the complexities of humanitarianism in Syria and the wide-ranging consequences for both Syria's populations and humanitarian responses to future conflicts. Duncan McLean presents an example of how humanitarian aid did adapt to the realities of the Syria war, and the context of besiegement in particular, by reaching populations under siege through utilizing the corruption mechanisms of informal networks and smugglers. In this case, however, it was through humanitarian actors’ adaptations to the realities of besiegement that the aid system contributed to the war economy.