Humanitarian corridors in Ukraine: the illusion of an ideal solution 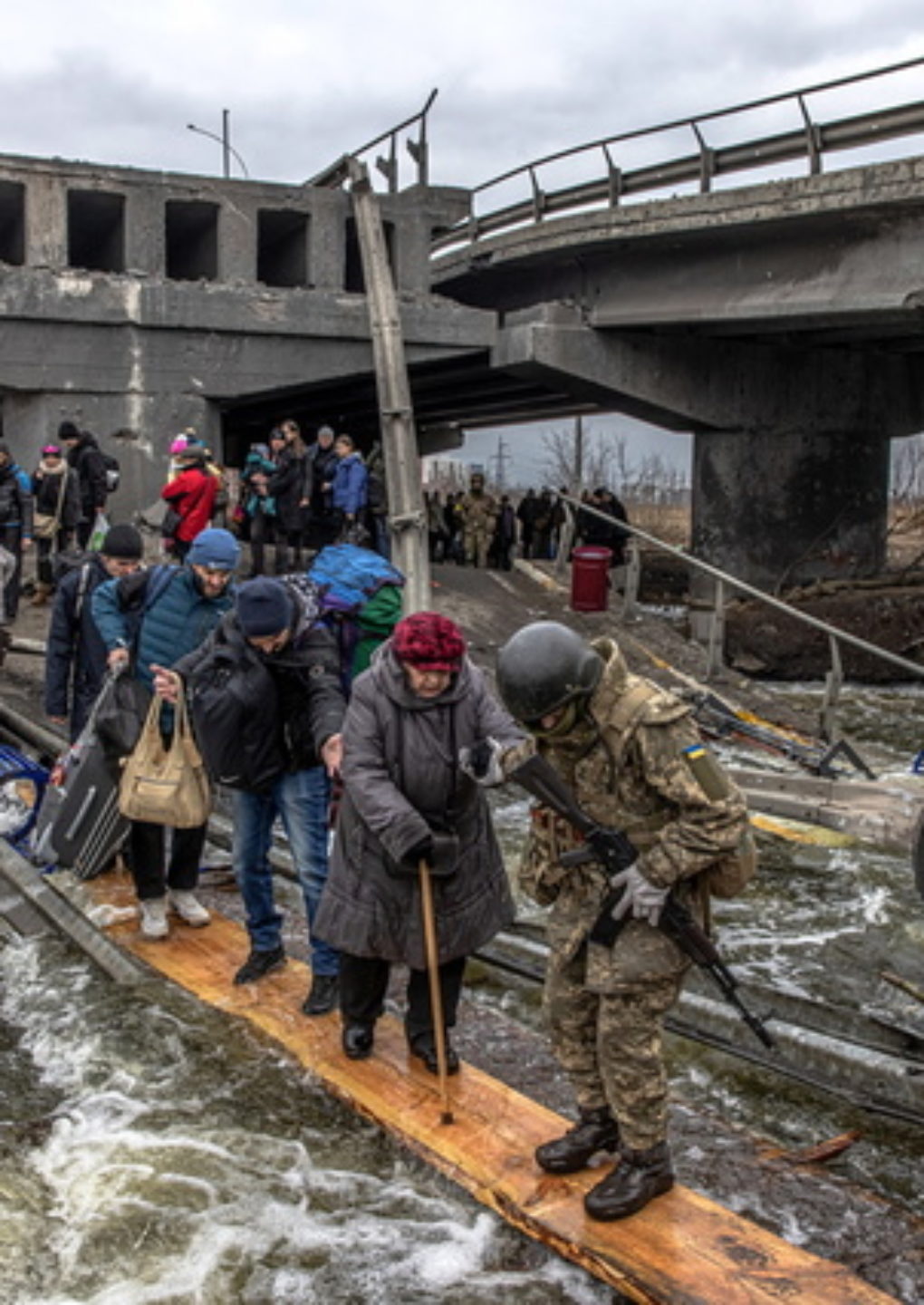 “Humanitarian corridor”. In just a few days, these two words have become a common theme in public speeches about Ukraine, evoking the illusion of an ideal solution to the suffering of people trapped in cities surrounded by Russian forces. However, the imperative need to support any initiative that aims to allow civilians who wish to flee a combat zone should not obscure the political instrumentalisation of which humanitarian corridors are sometimes the object, nor the complexity of their implementation. Indeed, recent history teaches us that it would be a mistake to place too much hope in a temporary and restricted right of passage, the respect of which is subject to the fragile goodwill of the parties to the conflict.

Doing and undoing: what protection for civilians?

Incredulity quickly gave way to a feeling of unease. The same people who a few days ago bombed the residential areas of Kharkiv, Kyiv, Mariupol and Soumy yesterday asked the inhabitants of these cities to trust them to take them to safety… in an enemy country. Notwithstanding this essential element, the announcements of the opening of humanitarian corridors would have almost succeeded in making us forget that it is because hospitals and civilians have been targeted, entire towns deprived of water, food, electricity and humanitarian assistance, that we have come to demand that the populations trapped in this hell be allowed to leave. On top of this, several million Ukrainians have been forced into exile, and civilian casualties are increasing.

The situation is unfortunately reminiscent of some dark episodes in history. Grozny (December 1999), Aleppo (July 2016), Rubkan (February 2019). In each case, humanitarian corridors have been used to dissuade the population from resisting, leaving them no choice but to flee, and sometimes to blame this forced exile on the rebels who refuse to surrender.

Each conflict has its own ‘humanitarian’ rhetoric, often vague and sometimes corny, although it draws its legitimacy from international law that is supposed to guarantee the protection of a space of humanity in times of conflict. Although it does not exist in law, the notion of a humanitarian corridor does not escape this principle since it refers to the need to distinguish between civilian populations and military objectives, a cornerstone of the Geneva Conventions. But for the belligerents, the humanitarian corridors to which they agreed also serve to improve their image and sometimes reinforce their credibility in the eyes of the international community when they are not purely and simply used for political purposes.

On the other hand, and because they directly affect territorial control issues, humanitarian corridors directly impact the overall dynamics of conflicts, especially when it comes to setting up population transfer mechanisms that disrupt the balance of power. Unfortunately, one does not have to look very far to find examples of crises where the sheltering of civilian populations has served the strategies of war, either by forcing the population of a rebel zone to return to a government zone, or by making an evacuated town a legitimate target, or finally, and in the worst cases, by using civilians as human shields to safeguard a military position.

To describe a territory or a truce as ‘humanitarian’ is also to assert, in an underlying way, that the imperative to save human lives does not apply outside this space or time. So the question must be who decides, and on what basis, the demarcation of the corridor, the exact date and time of its expiry, and what happens to the people who choose not to use it? The right of people to flee an area of armed conflict only makes sense if unhindered access for humanitarian organisations is guaranteed to assist those who were unable or unwilling to flee.

Therefore, asking what motivates a belligerent to offer civilians from the opposing side to seek refuge on its own territory is not only a moral obligation to resist propaganda. In the longer term, it is also a question of not participating in the trivialisation of humanitarian rhetoric, which makes words lose their meaning and actions their significance. To remain lucid, we must assess the relevance of humanitarian corridors in relation to the expected benefits for the populations concerned as a whole.

Finally, the opening of humanitarian corridors is, above all, a sign of a dramatic situation, an ultimate call to preserve civilian populations from an ongoing disaster. These corridors cannot therefore be reduced to a protective measure dissociated from the threat from which it originates: a total war scenario in which the priority should be to stop indiscriminate attacks.