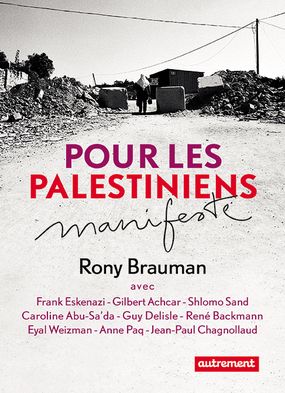 From France, Rony Brauman, former president of MSF France, gives us his reading of the philosophical, political and symbolic stakes of Palestine and of this debate – one that particularly captivates the French (far more than their Dutch and Italian neighbors, for example). Rony Brauman doesn’t speak on behalf of Palestinians, but according to him, France and Europe will be useful in this region by recognizing the rights of Palestinians, and not by clinging on to a supposed “peace process”. This Manifesto – more urgent than ever – is like a call to reason and justice. Alongside Rony Brauman, nine personalities reflect on the reality of Israeli occupation and on the hope that endures, in spite of everything.