Central African Refugees in Chad and Cameroon: “Suitcase or Coffin” 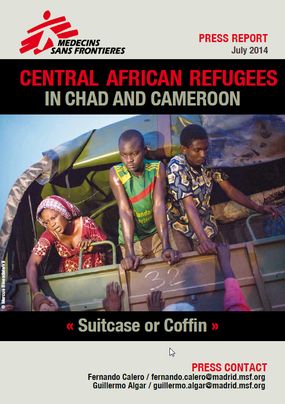 The survey data and the testimonies gathered by MSF teams in Chad and Cameroon highlight the breadth of the violence that the populations experienced both in the CAR and as they fled the country. The Central African refugees who reach Cameroon today are exhausted, sick and traumatized. Unlike the people who arrived initially, entering the country quickly in January 2014 by convoy or private transportation, those who cross the border today have walked for weeks, if not months, making their way through the western part of the country to escape the violence. Their health and nutritional status is very alarming, with nearly one of every two children suffering from malnutrition.

This report also exists in French.