Strengthening Resilience: Food insecurity and Local Responses to Fragmentation of the West Bank 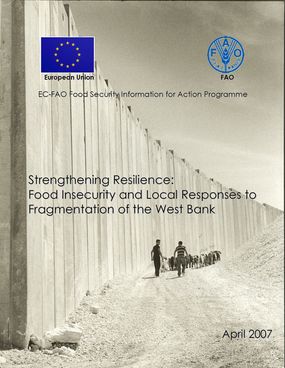 The Palestinian economy in the West Bank and Gaza Strip has sustained significant losses as a result of Israeli measures taken in the aftermath of the outbreak of the second Intifada in September 2000. As a result, key food security determinants—such as wage labour, food trade and social security schemes—are under severe threat, and dramatic change is being observed in some areas.