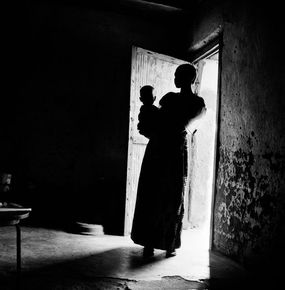 This work offers to analyse the learning process of the humanitarian organization Médecins Sans Frontières (Doctors without borders / MSF) around the notions of victims of sexual violence. The first part is dedicated to a conceptual and critical essay on the concepts of rape victims, in particular in the field of social sciences, as well as to an introduction to the history of the Democratic Republic of Congo (DRC). The second part of the study presents a qualitative study of one MSF’s most important intervention in Eastern DRC in favour of victims of sexual violence. The medical anamnesis of 2695 patients received by the organisation were studied in order to understand the phenomenon of massive rapes in this region; semi-directive interviews have also been conducted with volunteers and managers of the organization participating to the development of this type of operations. The last section describes the elements which have led MSF to consider the phenomenon of sexual violence in its fields of interventions, as well as the organization’s appropriation and resistance processes vis-à-vis these issues. The organisational learning dynamics seems to have been made possible by a set of key events: conflicts, HIV-Aids pandemics, favourable institutional environment, and scandals in the media. Resistances develop around social representations of the victim, as well as ethical and technical stakes. In these processes should appear some forms of mediation, some conveyors of meaning, pedagogues of the otherness, which could contribute to bringing significance to action-taking around phenomena sometimes located in the spheres of the unspeakable.