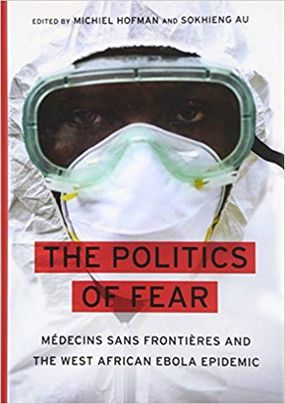 The 2014-2015 Ebola epidemic in West Africa was an unprecedented medical and political emergency that cast an unflattering light on multiple corners of government and international response. Fear, not rational planning, appeared to drive many decisions made at population and leadership levels, which in turn brought about a response that was as uneven as it was unprecedented: entire populations were decimated or destroyed, vaccine trials were fast-tracked, health staff died, untested medications were used (or not used) in controversial ways, humanitarian workers returned home to enforced isolation, and military was employed to sometimes disturbing ends.

The Politics of Fear provides a primary documentary resource for recounting and learning from the Ebola epidemic. Comprising eleven topic-based chapters and four eyewitness vignettes from both MSF- and non-MSF-affiliated contributors (all of whom have been given access to MSF Ebola archives from Guinea, Sierra Leone, and Liberia for research), it aims to provide a politically agnostic account of the defining health event of the 21st century so far, one that will hopefully inform current opinions and future responses.